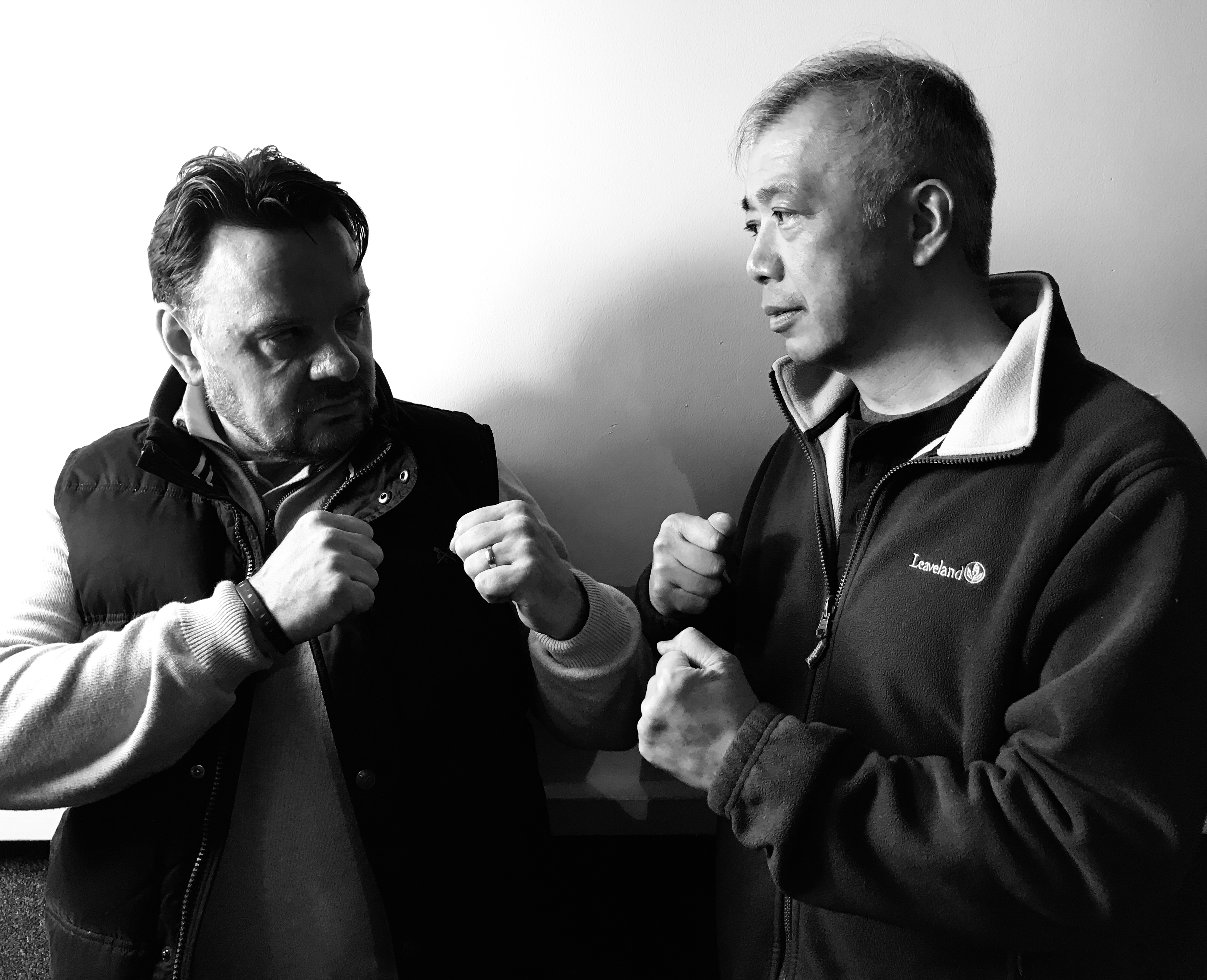 Squaring up: Andrew Jefferson-Tierney and Liam Woon rehearse the roles of former friends Vince and Mike, two-thirds of a deadly Triangle… which is also the title of the short neo-noir we currently have in pre-production. Chrissie Harper will direct from her own screenplay; Steve Green is producing. More details soon, including the identity of the mysterious woman who ignites this powder-keg of intrigue and violent emotions.

Andrew appeared in the 2018 movie Ray & Liz and played Billy Shelby in the hit series Peaky Blinders. Liam starred in Vamporama Films’ 2018 horror short Monsters and features in the drama Ghost, due for release later this month.

Below: Andrew and Liam pose with Steve after the read-through. Many thanks to Birmingham’s Uprawr Studios for its generous support of the project. Photos by Chrissie, 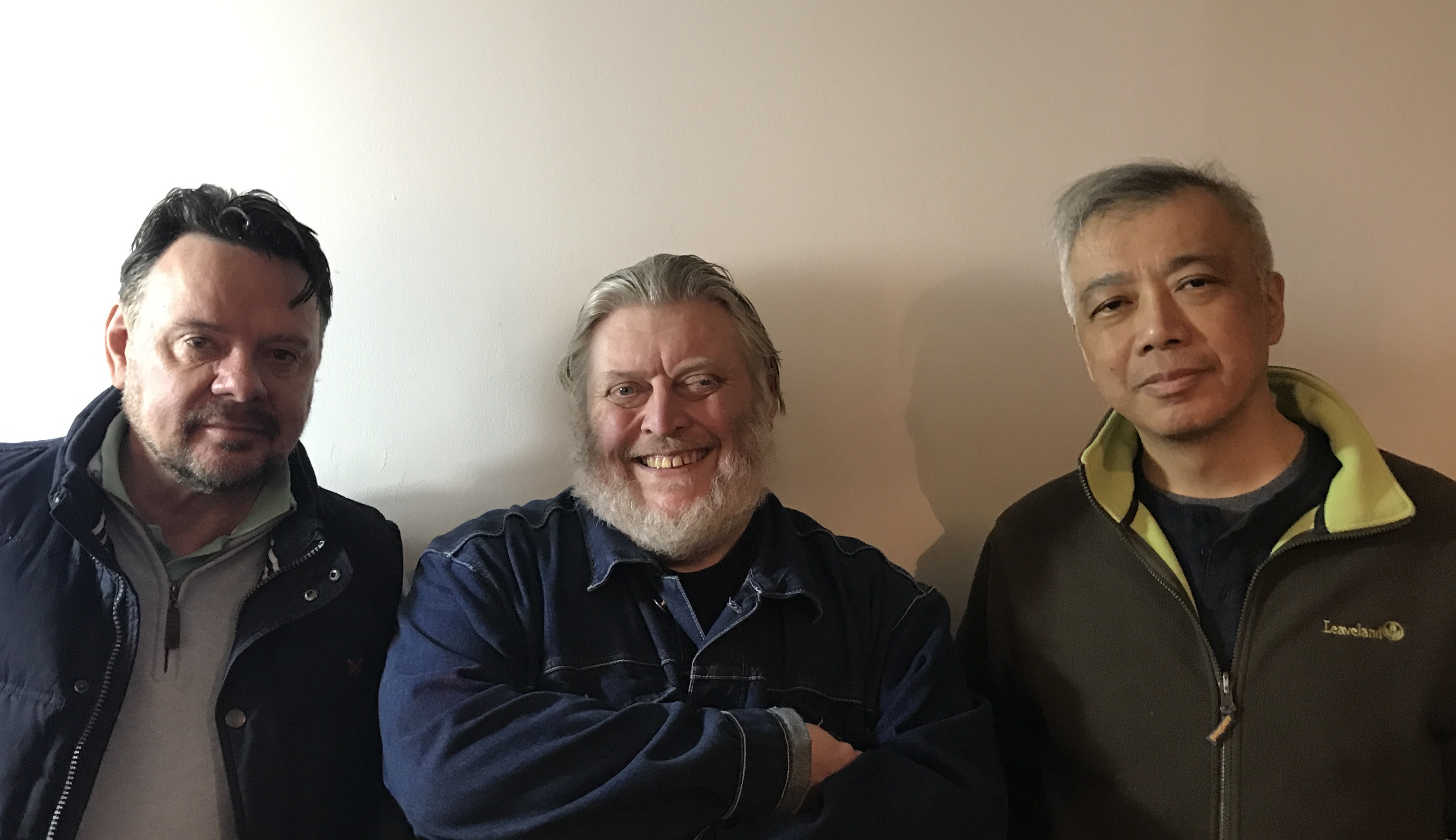