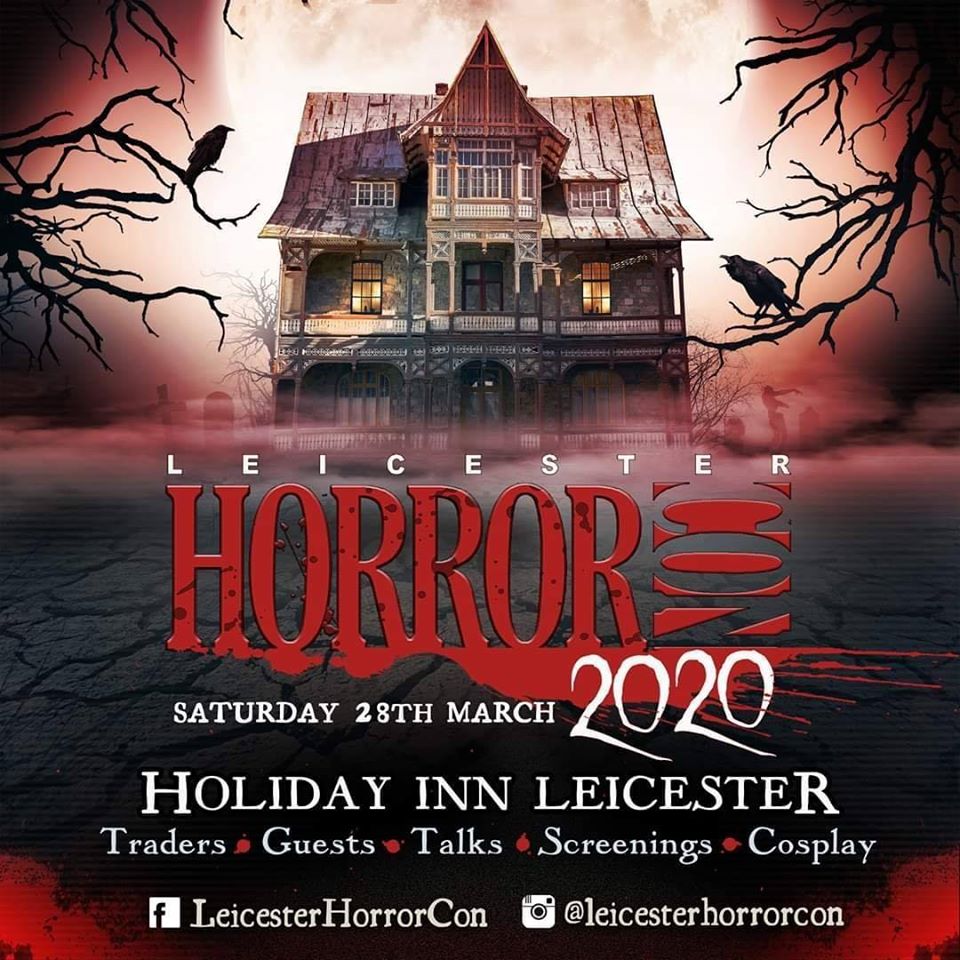 We’re delighted to have been invited to attend and film the second Leicester Horror Con, which is being held on 28 March. Guests include Emily Booth, whom Steve interviewed back in 2009, and Jonathan Rigby, who appeared in our online series In Conversation With in 2017. It was on a visit to Leicester in 2016 that we filmed our Ghostwords TV special on the second Grindhouse Planet Film Festival.